The article below appears in the August issue of Cornelius Life Magazine.

Isn’t it amazing in this fast paced world of smart phones, laptops, Facebook, and texting, it’s the simplest of things that teach us what’s really important in life. I was reminded of that by a teenager whose words made my heart tremble and brought tears to my eyes.

As the president of the chamber, I am keenly aware that while we are blessed to live in the Lake Norman region, there are still many in our community that need a helping hand. The generosity of our residents is nothing short of spectacular as we give freely of our time, talents and financial resources from Habitat Homes for single parents to Big Day at the Lake.

A few weeks ago, I attended a fundraiser for Barium Springs at The Cove Church in Mooresville.  Surrounded by approximately 400 other community and business leaders, we networked and discussed the issues of the day ranging from taxation to tolls waiting on the program to begin.

Then the lights dimmed and I heard those words, those chilling words which seared into my soul.  I looked into the eyes which stared back into mine and the face of innocence weathered by years of abuse and neglect.  I listened as Barium Springs volunteers and school officials shared their own particular stories. Barium Springs provides an array of services for children, families and individuals throughout our state.  Their main objectives are to provide a safe home through residential homes and foster care; to heal the hurt for children who are troubled, abused or neglected; and to encourage a healthy start through educational and prevention programs.

I grew up with two parents who loved their children.  Mom and dad were both very active in the Rock Hill (SC) community serving in civic organizations like the Jaycees, Kiwanis, United Way, Red Cross and our church.  Dad worked with other kids as a commissioner of Little League Baseball and ironically daddy led an effort to create a Boys Home for kids who found themselves in need of mentoring and guidance.

To this day, when I call my mom she always ends the conversation telling me “I love you.”  And her words still warmly embrace me just as they did in my youth when she tucked me into bed each night.  Those words come harder for dad.  It’s his actions which speak louder than the words as we enjoy a Saturday afternoon football game together or a horseback ride through the woods on our family farm.

I listened that May day as teenagers told their stories of neglect.  Parents who sometimes never got out of bed, their minds and bodies wracked by years of substance abuse, leaving a trail of victims in their wake – among them their children.  Kids that before Barium Springs, never had a bed to sleep in or a pillow to rest their head.

As I watched a short video, a young man appeared on the screen.  He spoke of the years of abuse at the hands of his father.  But it was the eyes which touched my heart. The pain and anguish that no child should ever have to endure.  Barium Springs has turned his life around and today he is a good student, involved in athletics, with a chance for a scholarship and a bright hope for the future.

Then he said it, those words which still bring tears to my eyes.  The first time they escaped his lips, I felt my eyes well up and I hoped those at my table wouldn’t see me weep.   At that moment in time, he was not speaking to a camera or the other 400 people in the room.  He was speaking to me when he said, “I want to grow up and be the daddy my father wasn’t.”

No one can undo the hurt or the scars they leave.  Memories may linger, but with a new day comes a promise of hope. The volunteers and contributors to Barium Springs provide that hope through support and unconditional love…and perhaps the chance to be a parent that their mother or father wasn’t.

Bill Russell is the President and Chief Executive Officer of the Lake Norman Chamber of Commerce.  For information about Barium Springs, to set up a tour of their campus, or make a contribution call 704-872-4157 or visit  www.bariumsprings.org. 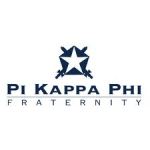 ROCK HILL, S.C. — Pi Kappa Phi’s chapter at Winthrop University now has a new home. In June, Pi Kappa Phi properties closed on the property at 360 Park Ave., just a block down the street from Winthrop’s campus, and down the street from the former Epsilon Eta House near what is now Ebenezer Avenue Elementary School.
Currently, ten undergraduate brothers live in the house, with room for house parties this fall and a great opportunity to help with recruitment efforts.

Also, this past spring, the new Housing Corporation was founded to assist the undergraduate chapter in the house operations. Together, the chapter and housing corporation have scheduled two events in August that you’ll want to consider attending.

Sat., August 17 8 a.m. to 4 p.m
We need extra help in painting the house, pressure washing the siding and replacing rotten wood on the front porch and handicapped-accessible ramp, landscaping and gardening. Lunch will be provided; join the Housing Corporation for drinks afterwards. If you have any tools (hammers, drill drivers, etc.) bring them with you.

Sat., August 24 5:30 p.m.
Join the Epsilon Eta undergraduate chapter for an official open house at 360 Park Ave. Spouses and family members are welcome to attend. This will be the chapter’s opportunity to show off what a cleaned, fixed house looks like. Also in attendance will be Winthrop’s new president, Dr. Jayne Marie Comstock.

This summer, celebrations are ongoing designating the fifty-year history of Lake Norman.  The first ground breaking for Lake Norman took place in 1959. It took four years to complete the Cowan’s Ford Dam and another two years to fill the lake.  But the story of Lake Norman actually began much earlier with the Native Americans.

The Catawba Indians were the first to settle in our region. They referred to the Catawba River as “The Great River.” Years later, when early European settlers moved to the area, they brought diseases to which the native Indians had no resistance. These diseases nearly wiped out the entire Catawba Tribe. Once numbering 5,000, the Catawbas soon dwindled to less than 400 people. Later, early Colonists slowed the advance of General Cornwallis on grounds surrounding Cowan’s Ford, laying the foundation for later victories that helped gained America her victory from the British Crown.

In the early 1890’s, the world’s largest hydroelectric plant began transmitting power from Niagara Falls to nearby Buffalo, NY. Local tobacco magnate James B. Duke and his brother Ben took note that electric power could be the key to their future if they could only harness the power of the Catawba River so they began to buy up land along the Catawba River basin.

About that time, the Duke brothers were introduced to Dr. W. Gill Wylie and a young engineer named William Lee.  Wylie and the Duke brothers came together to form the Catawba Power Company.  One can only imagine the excitement as Wylie, Lee, and the Dukes planned to bring electric power to our region.  Huddled around the table in their board room, could they have possibly envisioned what their collective dream would mean to the lake communities we know today?

The creation of Lake Norman was not without sacrifice as homes, farms, and entire towns would be flooded to make way for the lake.  The Village of Long Island, once a thriving textile town with three mills, would end up under water as would countless other businesses and structures including the old Hwy 150 bridge.

In 1957, Bill Lee (the son of William S. Lee) began the feasibility study for what would become Duke Energy Company’s final dam on the Catawba River.  This dam would create the largest lake in the Carolinas – our Lake Norman.

Now, more than a hundred years later, entrepreneurs are still huddled around tables planning their future.  Some with just a dream and a Visa card as they discuss creating a new business. And like their counterparts of a hundred years ago, sacrifices must inevitably be made along the way.

Corporations are moving to the lake.  Our proximity to Charlotte, transportation infrastructure, and skilled workforce make the area a great place to do business. But make no mistake – it’s the lake that lures them here.  Lake Norman is not just a majestic body of water – it’s a lifestyle like no other.

The lake is more than 520 miles of shoreline covering 32,500 acres.  It is the spirit of the Catawba Indians who settled here first and who recognized then, that God had already been here.  It’s the colonial settlers who stood up to tyranny providing “a hornet’s nest” of rebellion.  It’s the dreams that spoke boldly of intentions and the actions which were bigger than the dreams.

What began as a vision to power a business has become an energy that surges through time, touching lives, and leaving a legacy of leadership.  Lake Norman was created to bring energy to the Charlotte region and. fifty years later, its wake has powered a community.

Bill Russell is the President & CEO of the Lake Norman Chamber of Commerce with 950 business members serving the Cornelius, Davidson, Huntersville, and greater Lake Norman region. For more information on the history of Lake Norman, check out Lake Norman Reflections by Bill and Diana Gleasner.