Once in a lifetime, if you’re lucky, the Lord will place someone in your life who makes a lasting impression. Someone who quietly goes about their life’s work with little fanfare, yet leaves you in awe of the impact he or she makes on the lives in a community. John Kurti was such a man.

I met John in the late 1990’s when he owned a Mail Box, Etc store here at the lake. Somewhat like Sam in the old TV series “Cheers”,  John would greet his customers with a smile. He wasn’t a man who simply mailed parcels – he knew you by name and you left assured your special package was in good hands.

John opened and sold several of the franchise stores and in doing so garnered a keen insight of how to market and manage a small business. Later, he served as a SCORE Counselor, the Small Business Group, who gives critical advice to both startup and existing small businesses. John often met his clients at the Lake Norman Chamber where I had the opportunity to watch him in action. He didn’t just impart lessons in entrepreneurship. He left his clients with the assurance that someone was in their corner. John cared and it showed.

John Kurti served three terms on the Lake Norman Chamber Board; longer than any other person in our 30 year history. He was also a founding board member of Visit Lake Norman and served that organization for 16 years before health issues plagued his final months.

John was not just a mentor, board member, and friend. He was often my roommate on chamber trips to Raleigh for Governor’s conferences and to Washington for legislative briefings. John was also one of three other chamber business leaders who accompanied me to Washington DC on a day none of us will ever forget –  September 11, 2001.  We heard news from then Senator Lieberman that a plane had struck the World Trade Center.  Moments later, while exiting one of the Capital buildings, we watched in disbelief and confusion as black smoke billowed from the Pentagon and the nation’s capital was filled with panic and fear.

The four of us drove the ten long hours back home in silence, wondering how life in America had changed. John, himself a past Israeli Air Force officer, was no stranger to the face of terror. He reassured each one of us that life would go on, and our country would emerge stronger – and it did.

John had dealt with health issues for many months prior to the day he made his triumphant return to the weekly North Meck Rotary Club meeting. As his presence was recognized, members applauded. His face filled with pride as he waved an arm high in the air signaling his deep appreciation and his return to our club. There were hugs, laughter, and love as the Rotary friends he cherished all shared how much he had been missed. John had previously served as our club president, and his passion for truth, fairness, and service above self, knew no bounds.

Perhaps that was God’s gift to both John and his friends that day.  One last chance to say how much we loved each other. One more hug before we said goodbye. Later, John passed peacefully away – just moments after our Rotary Club meeting ended. Just after the last toast and the last rap of the gavel. Now we all know, it signaled not only an end to the meeting, but a close to a chapter.

All of us would like to think our lives matter.  That we changed hearts, righted wrongs, brought peace to those who struggle, and strength to those who fear. That we used the talents God gave us to make this community and our world just a little bit better. John Kurti did that and more.

I know one thing for certain. He left this world knowing how much he meant to all of us at Rotary. I also have little doubt that he was greeted by his father in heaven, who took John by the hand, with the words we should all long to hear…..”Well done my faithful servant… well done!” 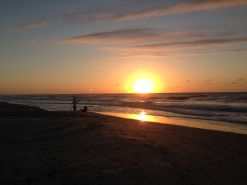 January is a month of new beginnings. Some of us may head into the New Year lamenting the fact we came up short in our goals for 2016. Others of us plunge into the gym and say to ourselves this is the year I am really committed to getting in shape.  Perhaps as a business owners, we look at 2017 as the year we will turn the corner and have “Our best year ever!”

Regardless of whether we were successful in hitting benchmarks set in the past or we came up short in our personal or professional goals, now is the chance to have a clean slate ahead and recognize that often the only limitations we have… are those we impose upon ourselves.

In 2017, the Lake Norman Chamber will focus on the entrepreneur – those men and women who shirk the traditional boundaries and institutions with a vision of creating something unique and innovative. It is that very spirit of entrepreneurship that has shaped the Lake Norman business community allowing us national accolades in magazines and media outlets. Whether it is a recognition as the most desirable suburban community, a great place to do business, or simply one of North Carolina’s Top Towns – it starts with a common vision and a commitment to fulfilling that goal.

As we work to create programs that foster entrepreneurship, we also acknowledge our 30th Anniversary as the Lake Norman Chamber of Commerce. Our chamber was started in 1987 by business leaders with vision who saw our community, not just as it was, but the region that it could become.

I recently asked Lake Norman Chamber founder John Cherry, “Is the 1,000 member organization we have today, what you and the other business leaders envisioned three decades ago?” John replied, “We knew our real strength was working together. The Chamber has always been more than a networking group hosting seminars. It is an organization that promotes our story to other regional business and elected leaders to achieve our mutual objectives.”

At the Chamber’s upcoming Annual Gala on Friday, January 20th, we will recognize extraordinary individuals, businesses, and organizations who are shaping the very fabric of our regional community. That same day, we will also host Focus Friday with area nonprofits to discuss how we can work together to be the change necessary to tap the hidden talents of our citizens which elevate communities from good to great.

Howard Schultz, the chairman and CEO of Starbucks said, “I believe life is a series of near 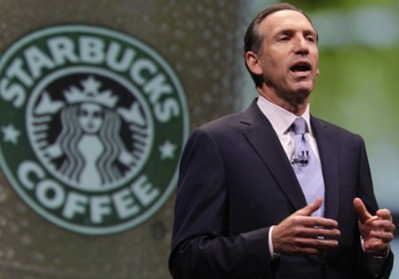 misses. A lot of what we ascribe to luck is not luck at all. It’s seizing the day and accepting responsibility for your future. It’s seeing what other people don’t see and pursuing that vision.”

Schultz would tell you, a successful entrepreneur may not even be able to count their failures. They simply regard their challenges as a stepping stone in their eventual journey to success.

As we all embark on a new year filled with unbridled opportunities, we will certainly be faced with near misses and perhaps a setback along the way. The great news is we don’t have to accept any short coming as a limit to our success.

2017 can be a year of renewed vision and commitment where there is simply no limit in what we can accomplish by working hard, working smart, and most importantly working together.